Nonprofit Times’ 2014 Influencer of the Year, executive director of the 92nd Street Y and founder of #GivingTuesday, Henry Timms came to Hartford this morning to reinforce the importance of arts programming and share top lessons learned from #GivingTuesday, a national day of philanthropy which follows Black Friday and Cyber Monday. 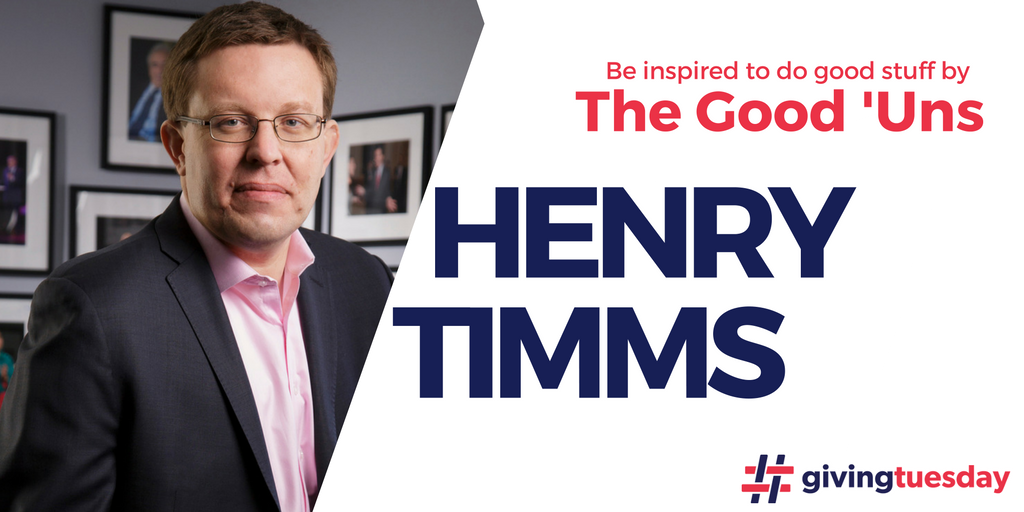 More than 27,000 nonprofits participated in #GivingTuesday on December 2, 2014. And, as Timms noted in his remarks, #GivingTuesday was built on the premise that if you have two days that are good for the economy, you should have a day that is good for the soul. It was also established as a way to think differently about some trends in the nonprofit world.

Since its inception, #GivingTuesday has grown significantly and, to quote Timms, we have seen “people renegotiating the way they engage with their communities.”

Whether your nonprofit has or has not begun strategically planning its 2015 #GivingTuesday campaigns, now is the time to identify how you will “think very differently” about ownership, engagement, fundraising and philanthropy when the next Tuesday after Thanksgiving rolls around.